Yet at this Grill it wasn’t a manager or coworker doing the harassing, it was a customer.

“The servers were frequently grabbed on their breasts and buttocks and humiliated by sexual innuendo, as well as direct invitations to join the harasser and his wife in ménage a trois,” read a press release. In the entire archive of EEOC press releases, this is the one case where a restaurant was prosecuted for allowing a customer to harass an employee. Yet the situation is far from uncommon.

Sexual harassment from customers is pervasive.

A 2014 Restaurant Opportunities Center United report about sexual harassment found that 78 percent of restaurant workers had been harassed at one time by a customer. Title VII of the Civil Rights Act of 1964 has been interpreted to require employers to provide a workplace free of harassment that creates a hostile work environment — from staff and from customers. (If the employer “knew, or should have known about the harassment and failed to take prompt and appropriate corrective action,” they could be held liable.) But I worked in restaurants for five years without knowing these legal protections existed, and I doubt I’m the only one.

I had “harmless” tables of businessmen tell me how thrilled they were to get a pretty 19-year-old waitress. Customers who stared too long, touched my arm or hand, and asked whether I was seeing anyone blur together. Why should I have been offended when my nicknames from the kitchen staff were “beautiful girl” or “la flaca” when that’s just how the kitchen was with everyone; how every kitchen is with every server everywhere? I find it hard to remember a single moment of harassment because there were so many that made me feel gross only long enough to go home, brush it off, and come back to work with the bar of what’s considered “normal” set a little lower.

In the time since the first accusations against Harvey Weinstein started to pile up, we’ve been inundated with a list of men in powerful positions — musicians, actors, directors, politicians, and chefs, most famously John Besh — who used their influence to dominate, harass, or rape women. Reactions have cycled from satisfaction (because finally people acknowledge an issue women have been whispering about since we were allowed into the workplace) to shock (mostly from men) to exhaustion, because surely at some point the list has to stop getting longer.

But in the midst of these overdue judgments, we’ve neglected to talk about a segment of the population who may not harass where they work, but who have a pattern of poor behavior when they go out to dine.

Restaurants are unique environments — and restaurant workers are uniquely at risk. 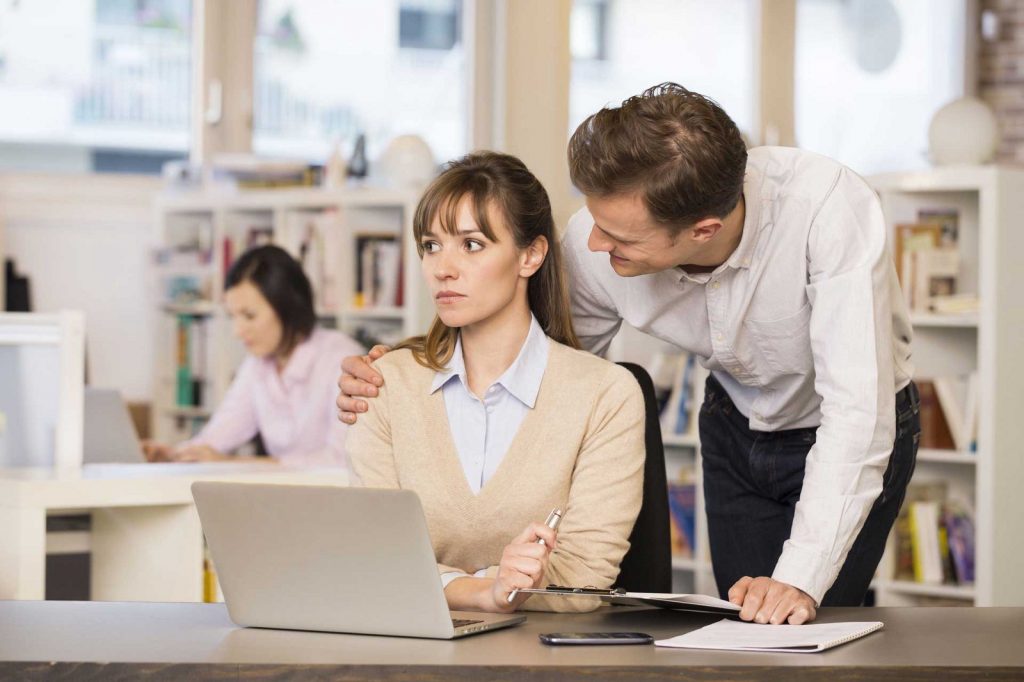 These diners are not necessarily famous or even powerful in their everyday lives, yet at a restaurant, where the staff relies on customers to supply the vast majority of their salary, they feel like the boss. And restaurants don’t do much to dissuade this idea. The phrase “the customer is always right” dates back to the early 1900s, and American hospitality industries have taken it to heart.

Countless articles addressing sexual harassment by customers make reference to that motto about the customer and his irrefutable correctness. Many guests don’t expect that their behavior will be questioned; many restaurants don’t want to make a customer uncomfortable by correcting their behavior. And while a customer might brush off their own bad behavior as “one time with one server,” that same server may well have had to call out a guest four or five times that night already.

It’s not just that customers need to be more respectful: The entire mentality of the restaurant industry needs to shift. “You’re told to subject yourself to customer objectification to make more tips,” says Restaurant Opportunities Center United president Saru Jayaraman. “You’re told by management to wear more sexy clothing to make more tips. Once you’re an object, you’re an object all around.” The mentality seems to be that if servers are “letting themselves” be harassed in the name of higher check averages and better tips, that’s their choice — not a restaurant’s responsibility.

So what is a restaurant to do when a customer harasses the staff? What do you do when the customer is wrong?

The toxic combination of the customer-is-always-right mentality and sexualizing employees is exacerbated by the low minimum wage for tipped workers. Per ROC’s 2014 study, the seven states that pay the full minimum wage to tipped employees have half the rate of sexual harassment as the states with lower wages for tipped workers. Because that tipped minimum wage — $2.13 an hour — barely covers taxes, servers who rely on tips to make a living are less empowered to put up with bad behavior from customers.

And for generations, the general public has treated the restaurant industry like a Wild West full of temporary workers. But restaurant workers are not just college students and teens looking for summer jobs (even if they were, that wouldn’t make allowing sexual harassment any more acceptable). Even in fast food, considered the lowest barrier of entry in food service, only 30 percent of employees are teenagers. Throughout the entire workforce, fewer than 25 percent of adults making minimum wage or lower — the majority of whom work in service industries — have never been married, suggesting they have households to maintain.

This adult workforce often has few or no benefits, no regular schedule, and no sick days. If restaurant employees are going to work while sick to make sure they can pay the bills, it’s no surprise that they’d also feel forced to put up with harassment to keep a roof over their heads.

Harassment in restaurants is bad for employees, bad for business, and bad for workers in other industries, too.

Harassment doesn’t just hurt employees (36 percent of respondents in the ROC study reported that their levels of depression or anxiety got worse after experiencing it), it hurts the employers, too. The Bureau of Labor Statistics reports the turnover rate in the “restaurants and accommodations sector” was nearly 73 percent in 2016. And it’s increased every year for the last six years. Twenty-five percent of women surveyed by ROC reported looking for new work “as a result of unwanted sexual attention in their workplace.” Though it seems like many people think restaurant employees are expendable, the cost of turnover for most restaurant employees is up to $4,800 per person, according to the Center for American Progress.

Even people in other industries aren’t immune to the effects of bad behavior in the restaurant industry. Half of all Americans, according to ROC United, will work in the restaurant industry at some point during their lives. For many, it’s a formative employment experience. Lowering the bar for what’s considered acceptable behavior doesn’t just exist within the walls of a restaurant; it follows former workers.

“There are millions of young women where this is their first job and how they’re taught what is acceptable, legal, and normal in the workplace — when they should speak up about and when to stay silent,” Jayaraman says. If they were able to “handle it” when a big-tipping customer got too flirtatious, they think, why can’t they handle it when their bosses do the same thing? The norms set by the restaurant industry trickle into nearly every other industry — and, frankly, we’re the worse off for it.

So what is the restaurant industry going to do about it?

Restaurant operators must do more to address sexual harassment. Many small, independent restaurants don’t have an HR department; bigger companies might throw some CYA statements about what’s not allowed into the employee handbook. Yet generic sexual harassment training may not be that useful. It’s clear when employers are using training as a pre-emptive legal defense and when they actually take it seriously. And employees will respond with equal seriousness. If workers don’t feel like policies against harassment will be enforced, they won’t report. ROC United found that 70 percent of restaurant workers felt there would have been “negative repercussions if they complained about or reported sexual harassment from customers.”

“I’ve never worked for or with a restaurant where there was a discussion about [harassment],” says Lauren Friel, a freelance wine consultant who has spent 17 years in various industry positions. “Restaurants need sexual harassment trainings 100 percent of the time, not just in big ones with HR departments. There needs to be something written down that’s somewhere visible — if this happens, this is how we will respond.” In other words, employers can’t just pay lip service to the idea that all their employees deserve respect; they have to go out of their way to show that they won’t tolerate sexual harassment if there is to be any meaningful change.

I reached out to a number of restaurants that are known for treating their employees better than average — maybe they’re no-tip advocates or the kind of fine-dining spot where the staff sticks around for years. Every single one either responded that they didn’t want to talk about policies thanks to the “current climate” or didn’t respond at all. Indianapolis’s Black Acre Brewing Company was an outlier. Last year, founder Jordan Gleason wrote a viral Facebook post about kicking a customer out of the bar after the 60-year-old guest told the bartenders “that that he liked looking at their tits while they washed dishes, and their asses while they were pouring drinks.”

At Gleason’s first job in the restaurant industry, he was shocked by what people thought was acceptable. “I’d just come from law school, and to me it was disgusting,” he says. “I saw liability everywhere.” He tells new employees outright that he won’t tolerate harassment from customers. Whether they want to deal with it themselves or get a manager involved is up to them, but if one of his employees says the word — no matter the reason — he won’t hesitate to ban a guest.

“If you don’t feel like management supports you in dealing with a customer harassing you, you don’t think they’ll deal with it when it’s another coworker,” Gleason says. Being proactive with customers, and empowering managers and staff to do the same, must be a part of how restaurants solve the problem of customer harassment.

In many ways, the restaurant industry is lucky; its problems feel more fixable than the harassment in other industries. The lack of comprehensive and effective sexual harassment training, HR departments, and fair wages that don’t rely entirely on tips are bad news now, but also mean that there are three changes that would make the industry more hospitable to workers, reduce turnover expenses, and decrease incidents of sexual harassment across the board.

Operators just have to decide that providing good customer service is more than simply letting customers do what they want. “Even the most high-touch restaurants I’ve worked in struggle to deal with a guest who was unhappy in some way,” Friel says. “Then when you bring sexual harassment into it — we’re paralyzed as an industry.”